Anderson, South Carolina is a charming city that is it’s home to over 26,000 people. It’s a popular destination for residents of all ages because of its impressive diversity, proximity to major cities like Greenville and a short drive to Lake Hartwell. Anderson is also just an hour away from the stunning Blue Ridge Mountain and is conveniently located near Route I-85, which connects North Carolina all the way to Atlanta, GA.

Thinking about relocating to Anderson? If so, you might have questions about what it’s like living in this attractive city. That’s why we’ve put together this complete guide on moving to Anderson. Keep reading to get all the details you need on what it’s like to live, work and play here, and see if Anderson is the perfect hometown for you!

The Friendliest City in South Carolina

Yes, that is actually one of Anderson’s nicknames, given to the city in recognition of its close-knit community that is always ready to welcome new residents and visitors. Anderson also earned an “All American City” Award in 2000 from the National Civic League and is often called the “City of Hospitality” as well.

Anderson’s other nickname is “The Electric City.” When electricity was first spreading across America in the late 19th century, Anderson was the first city in the south to join in by using cables to carry electricity from hydroelectric power plants to homes. Within just a few years, Anderson was home to electric streetcars (the precursor to modern public transit), street lamps, and even the world’s first electric cotton gin! Anderson continues to be a pioneering city today, with a flourishing manufacturing sector and great local centers for higher education.

Anderson’s growing population and vibrant diversity make it an exciting place to experience culture and history. The overall population of Anderson is just over 27,000 people, with residents spanning in age from children to retirees over 75. Nearly 40% of Anderson is non-white and nearly 3% of the population speaks Spanish. Overall, reviews of the town speak of how welcoming each neighborhood is when moving to Anderson, making new members of town feel at home as soon as they arrive.

About half of Anderson’s community is made up of families with kids under 18, making this a top destination for young professionals who want to start their own family! The median age in the municipality is 37, making Anderson a relatively “young” city. Anderson is also a moderately conservative community, with a majority of the community identifying as Republican.

Since Anderson is so close to great Universities, it makes sense that the population is fairly well-educated. Almost everyone that calls Anderson home has their high school diploma. Twenty-five percent of residents also hold a Bachelor’s Degree, and 7% also have a Master’s Degree.

Don’t forget the City of Anderson Christmas Parade is this Sunday, December 2nd at 3pm! #visitandersonsc

What’s the Cost of Living in Anderson?

Renting an apartment in Anderson is similarly inexpensive, with a median monthly rent of $649. Other expenses in Anderson are closer to the national average; goods & services, healthcare, and utilities are all within 5% of the average for the U.S. Transportation costs in Anderson area also low, owing to lower-than-average gas prices, which is great news if you’ll be commuting to work by car.

According to first-hand reviews, Anderson neighborhoods north of downtown are safest and most welcoming, particularly around Concord and Williamston Roads. These areas host large properties with quaint homes, providing suburban energy with plenty of room to roam. The downtown area tends to have higher crimes rates, but Anderson is comfortable and safe for families and singles as you spread to the outer area of the city. These safe neighborhoods include the Campbell, Starr, and Hammond areas.

Living in the north side of the city also provides better access to Interstate 85, which is convenient for cutting down on Anderson traffic heading to Greenville. With above-average schools throughout town, most Anderson neighborhoods are accessible to great education from kindergarten through high school. 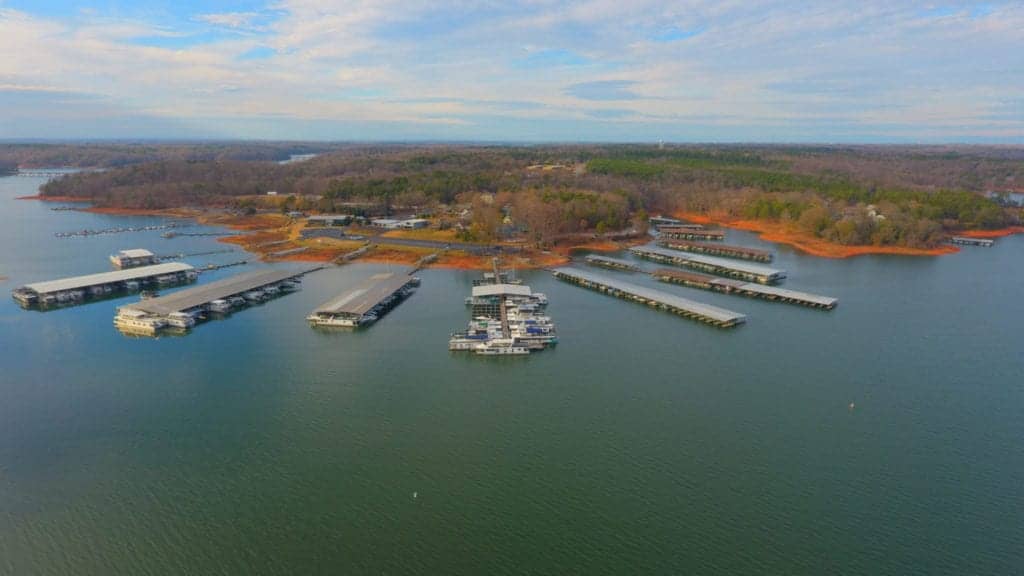 The Weather in Anderson

Wondering what the weather’s like in Anderson? As a Southern town, you can expect plenty of sunny days in Anderson, 221 per year on average. Like other communities in South Carolina, Anderson enjoys all four seasons throughout the year. In the summer, the average temperature stays between 70-90 degrees, while the temperature dips to between 34-53 degrees in the cooler months.

As an inland town, there is little threat of major hurricanes from the east, though residents are likely to see the end of storms as they downgrade and move away from the coast. Winters in Anderson are fairly mild, and the thermostat rarely drops below freezing, so you won’t have to worry about much snow if you join this vibrant community. However, Anderson does get higher-than-average rainfall throughout the year, however, so be sure to pack your umbrella before moving here!

The Best Things to Do in Anderson

When work and school are over, it’s time to have some fun and enjoy the top attractions in Anderson. This bustling city has plenty to enjoy for kids and adults alike, from historic sites where you can learn about American history, to charming distilleries where you can taste locally produced spirits (please leave the children at home for that one!) Plus, Anderson is conveniently located in the shadow of the Blue Ridge Mountains, so you can explore thousands of acres of natural wildlife any time you want.

Looking for the best activities to do with kids in Anderson? Head out to the local library for weekly music and reading circles for toddlers and babies or to classes and special events at the Anderson County Museum. Afterward, take them over the Figs Beanery and Creamery for a cup of coffee for you and ice cream for them.

For an evening out on the town, you can visit one of Anderson’s many bars, restaurants, and craft beer houses. Weekly events like trivia, bingo, and karaoke welcome the city to one of the many participating local businesses. For something more low key, head over to Viva Wine Bar for wine and a night of live music. On a sunny afternoon, you are also a short drive to the coast of Lake Hartwell, which features endless water and outdoor adventure opportunities. 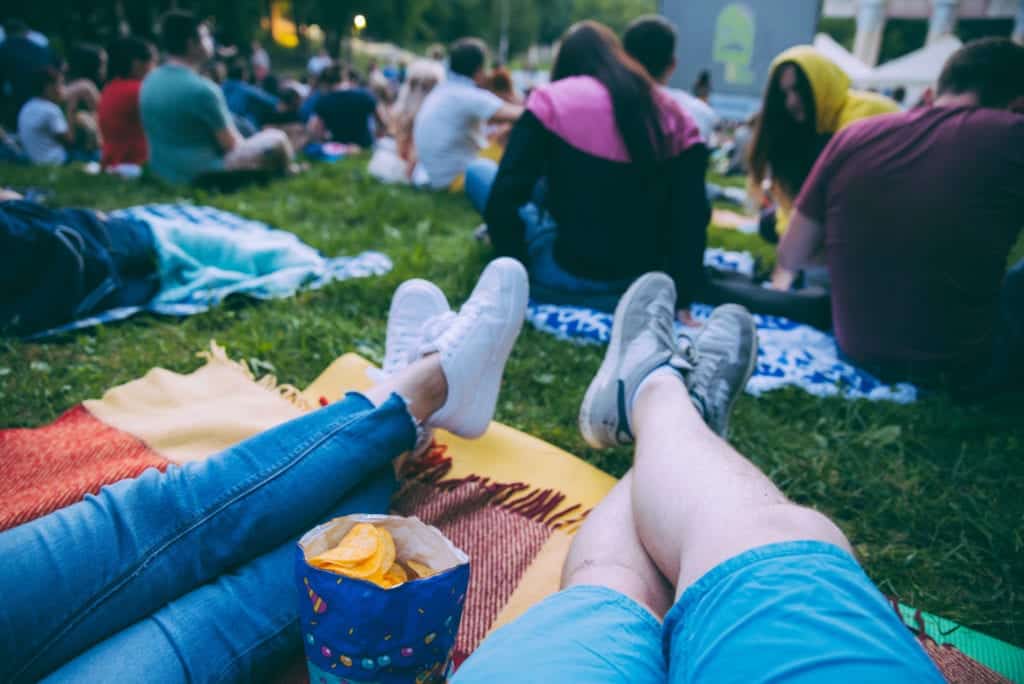 For an evening out on the town, you can visit one of Anderson’s many bars, restaurants and craft beer houses. Weekly events like trivia, bingo and karaoke welcome the city to one of the many participating local businesses. For something more low key, head over to Viva Wine Bar for wine and a night of live music. On a sunny afternoon, you are also a short drive to the coast of Lake Hartwell, which features endless water and outdoor adventure opportunities.

Where to Work in Anderson, SC

Looking for the best jobs in Anderson? Anderson County is a great choice for professionals in the healthcare, education and manufacturing industries. Anderson University offers employment opportunities for educators and administrators, and is one of the top 20 employers in the county, along with Anderson Medical Center and Glen Raven Custom Fabrics, LLC.

According to the S.C. Department of Employment & Workforce, unemployment in Anderson it at its lowest rate today since 2007, and jobs here are growing, having added 4.62% more jobs from 2015 to 2016. The median household income in Anderson is $31,613 per year. With the average commute in Anderson at just over 17 minutes, a large portion of resident commute out of town for work.

We're barely 24 hours away from the launch of the Christmas season here at Anderson University, when students from AU's South Carolina School of the Arts take the stage for Christmas First Night. But why wait? Our halls (and lawns and buildings) are already decked for the holidays! #TrueToAU #ChristmasInAnderson

How Are the Schools in Anderson, SC?

Anderson is home to a total of 71 schools, including 22 public schools, one charter school, and 48 private schools. There are 8 different high schools in Anderson, including two public high schools for students to choose from.

Westside High School is dedicated to helping students become ready for college and careers, with a variety of Advanced Placement Courses, as well as career-focused classes like Agriculture, Food, and Natural Resources, Hospitality and Tourism, and Business Management and Administration. A few private schools, such as New Covenant and St. Joseph’s Catholic School receive notable reviews and provide variety for families looking for less-traditional public school options.

Students seeking higher education after high school also have access to some great colleges and universities in and near Anderson! At Clemson University, students can seek a Bachelor’s Degree in everything from Accounting to Education, to World Cinema, while TriCounty Technical College offers programs in fields like Business Technology, Healthcare, and Manufacturing.

If you’re considering moving to Anderson, it’s important to find a local moving company that you trust. At Auston Moving, we can provide tips for moving to Anderson, packing and storage solutions and transfer all of your precious belongs from nearby or across the country. We also specialize in commercial moves, streamlining your relocation to or from Anderson without sacrificing working hours or energy. Email us today to start the process of moving to Anderson with a free and detailed quote. 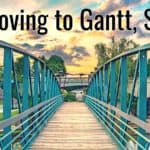 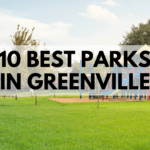 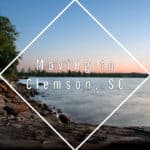 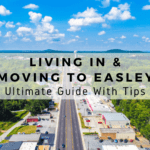 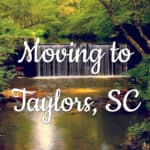